Tools indispensable in everyday work of a UI Designer 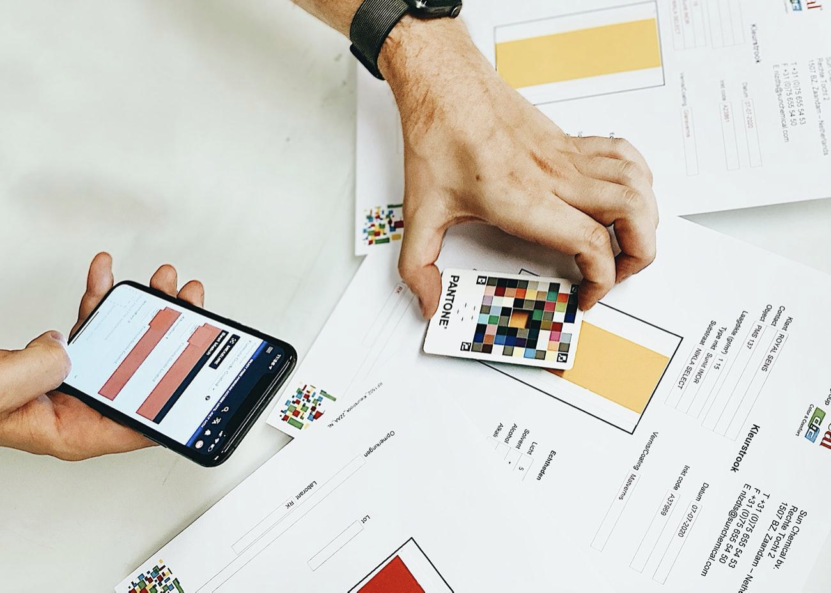 In the field of user interface design, the old adage “every country, every custom” often turns out to be very accurate. But it is not so, that designers of web and mobile application interfaces (UI Designers) are not similar. There are, even very.

They have similar working methods, they use similar set of tools in their everyday design. And it is the tools that we will make the main character of this article today.

Who is and what does the UI Designer do?

Let’s start with a shortcut. UI Design stands for User Interface Design. Thus, the UI Designer deals with the design of interfaces. It is not only about application interfaces, but also about device interfaces. For example, a TV set or a microwave oven.

The interface, briefly speaking, is the element of application where the user interacts with the software. Thanks to which a user can perform an action with the application. Reach a goal. Communicating with the application requires a visual representation of functions. The UI Designer is responsible for designing them.

The essence of designing interfaces is to make them as comfortable, intuitive, simple, aesthetic and easy to use as possible. User needs, user experience are prioritized. That is why the UI Designer usually cooperates with the UX Designer (creating a UX Design / UI Design team), UX Researcher, developers (front-end, back-end).

His job requires the ability to create skeletons and prototypes of applications, think in terms of consistency of style, implement branding assumptions. And, last but not least, the ability to apply design rules, such as the size and distance of the elements, their number, position and repetition on different screens.

In summary, the UI Designer is equally responsible for the visual and functional effect of the future application. Must meet the expectations of very different stakeholders. And these are, apart from future users, also business owners, shareholders, environment in which the application will operate.

Efficiency of an interface designer’s work depends also to a large extent on the software he/she uses. There are really many tools available on the market. At the same time, in a UI Designer’s workstation you will most often find a few of them.

Probably one of the most popular programs used by UI Designers is Sketch. With its help you can easily create the skeleton of an application, its prototype. Contrary to its name, it is not just for innocent drawing.

Sketch is a tool for creating vector graphics, which can easily be scaled without loss of quality. Projects prepared in Sketch can be saved in most popular formats (.png, .jpg, .tiff, .svg, .pdf) and in its native format (.The tools are available in the following packages: (e.g. Sketch), which is supported by a suite of Adobe programs (e.g. Illustrator, Photoshop, Adobe XD).

Since the work of a UI Designer relies heavily on collaboration with other specialists, a tool that enables a smooth workflow is necessary. Zeplin is a graphics editor that works very well with the aforementioned Sketch. Projects made in Sketch can easily be uploaded to Zeplin for further development by the front-end team.

The uniqueness of Zeplin lies in its ability to “translate” the graphic design into CSS (Cascading Style Sheets), a language used to describe the presentation of applications (e.g. in a web browser).

With the ability to add comments, each specialist has access not only to the current version of the project, but also to all the knowledge accumulated during its creation. And this significantly facilitates and improves the work.

If you haven’t had enough of it yet, listen about Figmie, which has attracted the attention of designers, the possibility of using it from the browser level. Because Figma and Sketch solve very similar problems, they are often compared. Which tool is better is a matter of individual preference.

Figma also allows entire teams to work on one project. Offers the ability to edit and present a project. Features comments, feedback and the use of design systems.

What is important, edits made by one specialist are immediately visible in the whole project, so synchronizing the publishing of changes ceases to be a problem. Like Zeplin, also has a function to “translate” the graphic design into CSS.

Are these all programs used by UI Designer? Of course, no. There are many, many more. In a professional’s stack, you can find up to a dozen different tools. For designing, communicating, managing processes, etc. The above are simply the most commonly used, recommended and discussed.

Mobile and web applications should not only meet the user’s expectations, but should also be effective in achieving business goals. And of course, the UI Designer team can’t forget about them.

In the daily work of the UI Designer can be useful package (all-in-one) InVision Studio. In addition to the standard prototyping capabilities, we also have the ability to create interaction animations. A prototype of a future app (the preview covers a wide variety of devices) can be shared and evaluated.

Certainly, the module is also worth mentioning Freehand. It allows stakeholders to send feedback to which the UI Designer can react. For example, to specify that a given note, change has been implemented.

If you want to be pro, then also buy yourself a ream of paper, pencils, crayons, markers, whiteboard, stickers. After a dose of advanced, digital tools it sounds like a joke? Maybe a little, but these traditional tools really are in common use.

Often a sheet of paper, pencil is a more handy and convenient way to sketch an idea, note a comment, remark, requirement. The proverbial paper and pencil are especially useful in the early stages of work, but if you run out of power in the socket, batteries will be just fine!

Like any choice, this one is subjective. Tools change, so do technologies and ways of working. When choosing tools, not only individual preferences matter but also requirements, the complexity of a given project, economic issues (e.g. The tools change, as do the technologies and ways of working (e.g. subscription-related), or the composition and needs of a given project team.

The tools discussed above, although not ideal (and there are no such tools), are certainly leading tools, widely respected and recommended. Both professional and beginner UI Designers. Each UI Designer treats and perceives tools from the perspective of their own experience. It is also worth remembering.